Hello! this last week we’ve been busy working on a number of things, including (but not limited to):

Tccoxon has been busy working on making NPCs smarter, including improving their pathfinding. Here’s a shot of the testing room! The test chimps are tasked with working their way towards the banana statues. 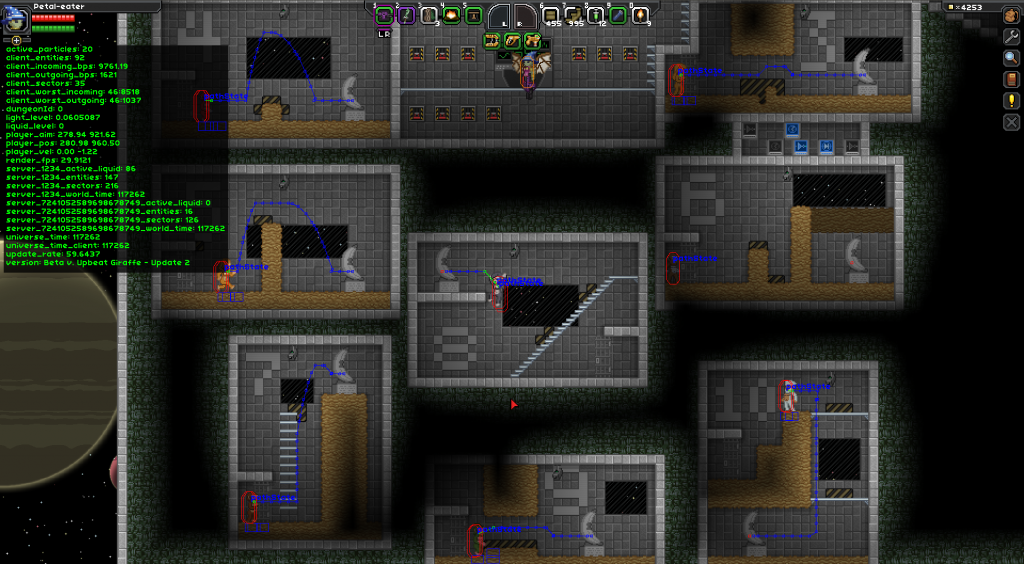 Yes, you’ve been requesting it since the dawn of time – and now it’s nearly here! put those notebooks away, because you’ll soon be able to keep track of all those planets you discover right inside the game! 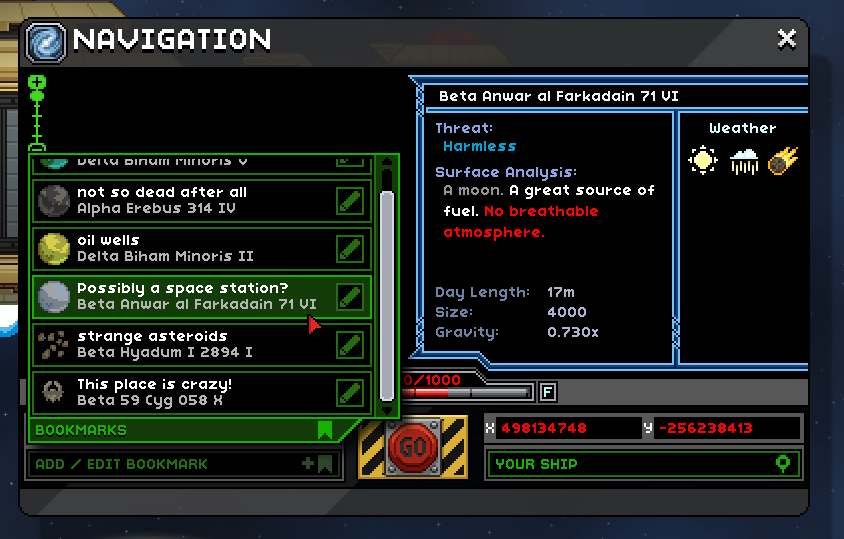 Little bit of a work in progress at the moment, but we’ll have remote teleporters in an upcoming update! As they are work in progress, right now they have basic functionality – But  when you get your hands on them you’ll be able to travel from one teleporter to another, even if they’re on different planets!

Your melee swings will now be near-instantaneous (0.05 seconds). There’s also better visuals for hitting an enemy, including blood effects!

We’re putting some more time into pets. The idea is you’ll begin with a pet on your ship whenever you start a new game. They actually have some interesting AI behind them!

Pets will investigate, get hungry, sleepy, playful etc. In these examples you can see the pet investigating food that the player has left for it. The pet decides that it really likes fish! and begs the player for more.

Armagon has been working on the economy side of things. As a precursor to implementing trading, merchants etc, he’s been busy with balancing the pixel costs of items – and adding a bit of sense to them

Kyren has been looking further into the server side some more!

That’s all for now, until next time!