We’ve been asked a lot recently about the plans for end game and colonisation. It’s been a while since we posted about future plans so I thought it’d be nice to share some basics on the colonisation feature coming to Starbound before 1.0. We’re working on this actively now, and whilst it won’t be in the next (combat) update. We do want to get the basics in in the not too distant future.

As always, everything mentioned here could change, see additions or subtractions.

We’ve been gearing up for colonisation for a while now; we’ve recently added a teleporter network feature to allow you to jump between locations quickly, even if they’re galaxies away. We’ve been giving objects new properties and ensuring they’re priced appropriately and we’ve been massively improving the NPC pathing and behaviour systems internally. All of these features are key to the colonisation system.

To enable the colonisation system to function we’ve begun tagging objects with special properties. For example, an Apex mutant pod might have the following tags.

Houses also have some basic requirements, like light, walls and doors. Here are a couple of examples of houses and who will move into them. 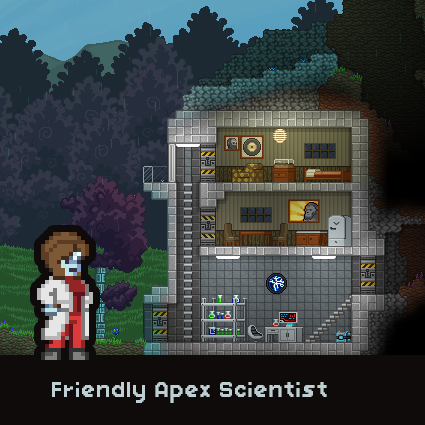 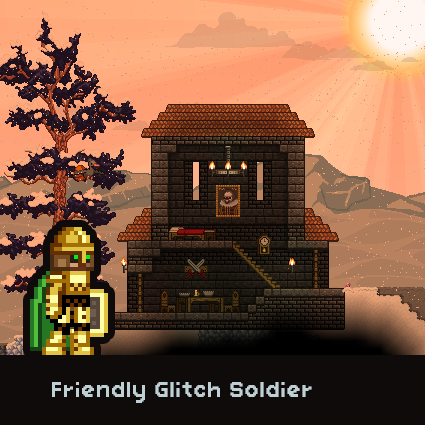 Once NPCs move in they’ll offer all sorts of different benefits. Some NPCs will sell unique items, some will defend the town, some will offer quests and others will place new unique objects in their home like new crafting tables or facilities. Sometimes you’ll only be able to attract an NPC using items a previous NPC has given you, allowing for colony progression. Sometimes you’ll need objects from a unique dungeon or sub biome to attract particularly rare NPCs. For example, obtaining all the blueprints for slime furniture from the slime biome, crafting it and using it to decorate a house will cause a slime creature to move into your colony and in turn sell you a unique weapon. 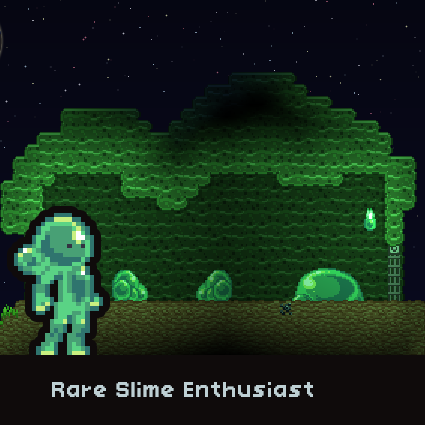 Later we plan to expand on this system with enemies attacking your colony, inter-NPC interactions and various other complexities. But this initial implementation will tie together much of the exploring, questing and adventuring in the game and serves as a key part of Starbound’s end game. We may even tie the system to planet and biome type, so setting up on certain planets is the only way to attract some of the rarer NPCs.

This won’t be the only end game feature, we’re looking into randomly generated repeatable missions, farming and procedurally generated quests. As well as the final stars enabling high level versions of all the existing biomes.

We’d love to hear your feedback on this system!