So today the finishing touches were made to the battle music system. It fades in and out nicely now and resumes where the previous track left off.

A whole plethora of bug fixes were made. (I think we stamped out the last (for the moment) crash bug).

A bunch of work was carried out on NPCs and how they converse with the player.

A ton of new sounds were added to objects.

The first boss was given a whole bunch of new animations and vfx.

Personally I’ve had a bunch of (really exciting!) meetings today and I’m exhausted so I’m going to go pass out!

Goodnight all! Here’s a random screenshot from todays playtesting: 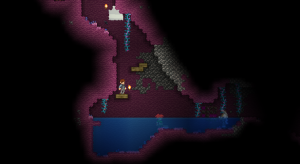