We got a bunch of stuff done today! Monster health bars are in. They’re not totally finished, and right now every single monster in the game is called Waffles because we haven’t implemented the monster namegen. But…they’re in! 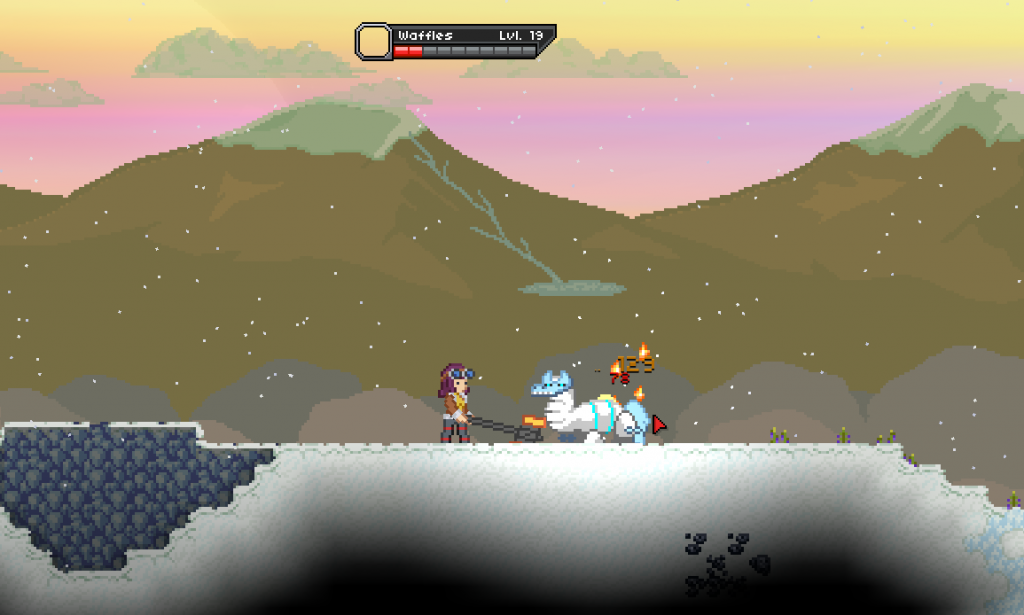 Omni’s gonna finish those up soon and then move onto the party window GUI, which should actually be the last major piece of GUI-work. So, yay. :)

We implemented some more minibiomes- for snowy worlds in particular- and some biome structures, which are mostly just interesting bits of terrain that have a chance of generating. They help to add some more variety to the landscape. A lot of the time they’re just little caves, or rock formations, but here’s an igloo! 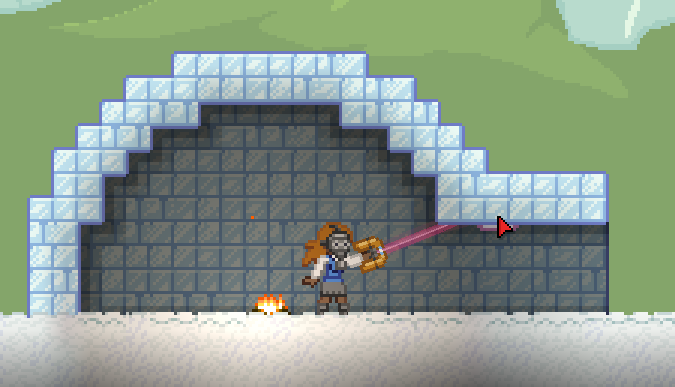 Kyren is finishing off ore distribution, which should add a whole lot of balance to the game in its current state. Bartwe is still plugging away at the quests system, which we’re all really excited for.

And then Tiy, Rho and I played instruments in-game and pretended we were in a hipster rock group/Bon Jovi cover band. That’s all folks! Goodnight. :)