Good evening! Or morning. Some time of day.

Despite it being a Sunday, today was a pretty busy day for bug-fixing. Not much to talk about there, although Bartwe apparently fixed the “oldest bug in the game” because he’s a mad scientist. Many fixes were made to rendering bugs, cameras were tweaked. Not bad for a weekend!

GeorgeV made this animation for when players are falling really really fast– like when they’re falling through space. Like this (though…the animation isn’t actually implemented in this screenshot, I just thought it was pretty)! 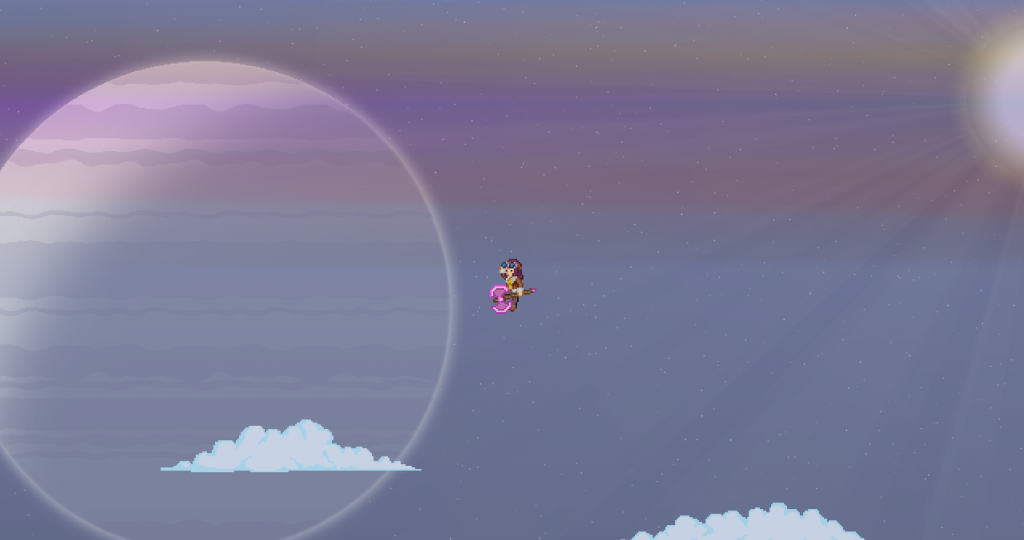 More work was done on the food system! So far, each race will start with 16 recipes that reflect their culture/biology. There will be a bunch more recipes to discover in your travels- the more difficult they are to make, the better their buffs! We’re still working on balancing the effects of all the food items and their ingredients. Those recipes haven’t actually been implemented yet, though. Soon!

We also had another play-testing session tonight and talked a lot about player progression. I built a farm with a working kitchen and took a couple of screenshots: 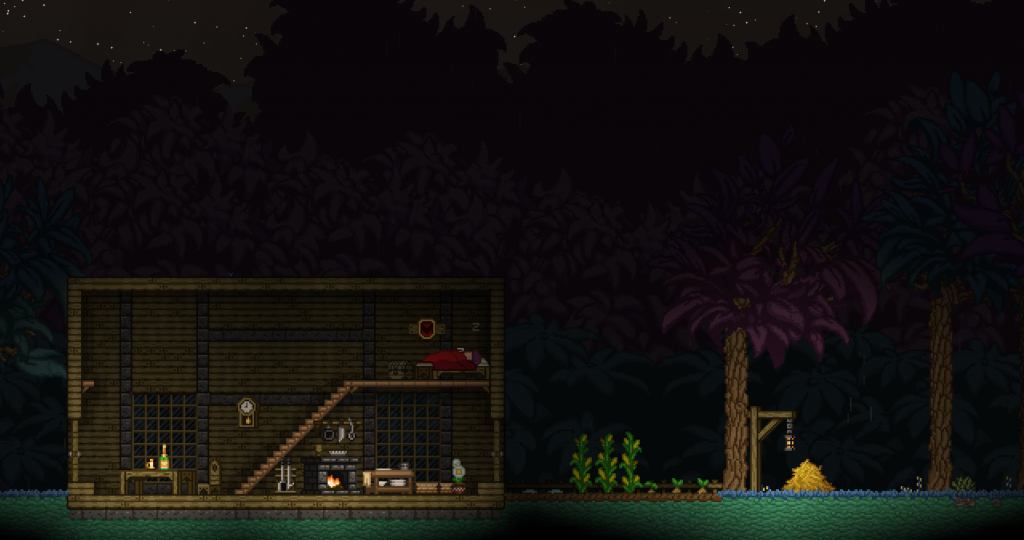 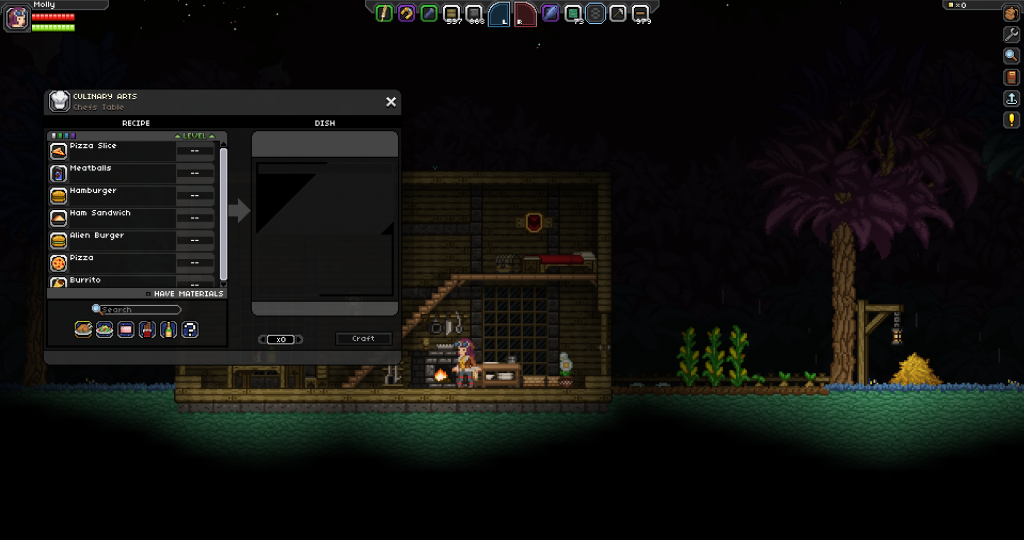 That’s all for tonight. Goodnight, guys. :)