It’s been a long and hard road, but after spending days examining all the wonderful entries, the dev team have finally settled on a winner.
We’d like to congratulate TomServo for his awesome creature, the Poptop.  A mysterious creature that hides its true form behind a cute illusion. 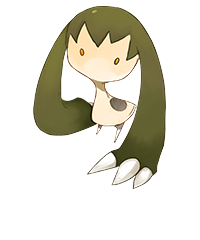 We were really impressed both with TomServo’s concept and presentation, many of the team were desperate to catch a Poptop to keep as a pet!

We think the Poptop will fit perfectly into Starbound and we plan to implement both the young and adult versions of the Poptop.

TomServo has won a free copy of Starbound at Launch and we’ve already begun implementing his creation.

But there were so many great entries that we couldn’t limit ourselves to just one winner.

Our first runner up, at #2 was thefluvirus with his variety of Virorbs. We particularly liked the range of abilities and the gameplay involved in the way the Orbs attack.

In 3rd place is Cyan the Red and her Mindwurms, aside from the great presentation, we loved the idea of a creature that feeds on information. As well as its ability to inflict Amnesia on the player.

In 4th place is Yen with her incredibly creative Bad Moon, we were blown away by the creativity here and Yens great spritework.

Each of the runners up will have their creatures implemented :)

We’ve also selected a number of entries as honorable mentions. Click read the rest to see them!

In no particular order, we also wanted to give the following an honorable mention!

Time permitting we may implement some/all of these ideas.