What a week this has been! lots of progress has been made, but I’m only going to focus on a few things for this update. As mentioned by Armagon in his earlier post, the food system is currently undergoing a huge rework. Everyone should say hello to Rosiedeux, who’s been working diligently on reworking Crops, Recipes, Craftable foods and more!

Now you’ll encounter more crops on the starting planet, meaning you’ll be able to collect ingredients and create food much earlier in the game. This greatly expands into the later tiers, allowing you to craft more complex foods by combining multiple ingredients. 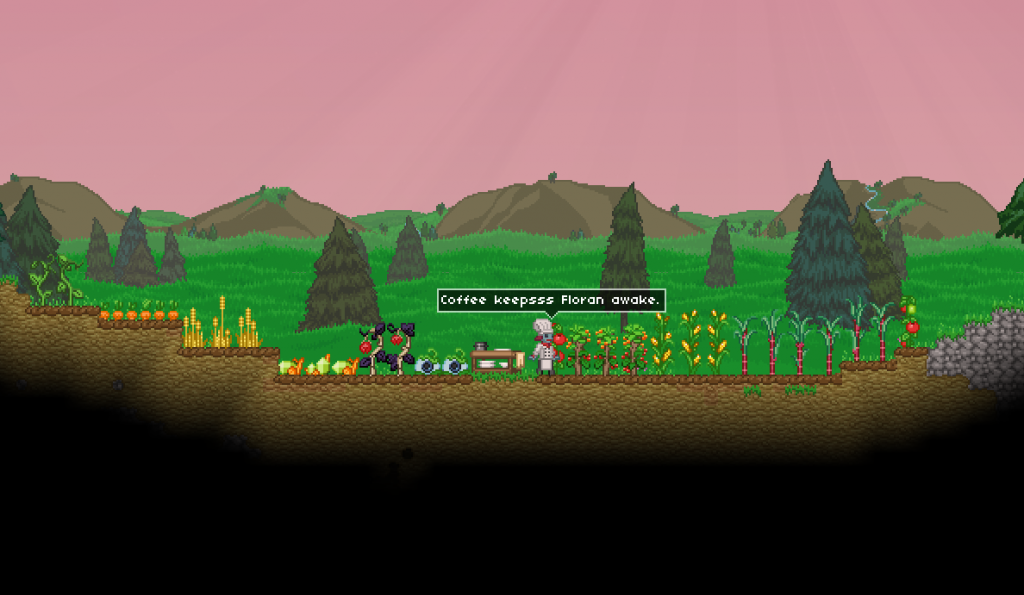 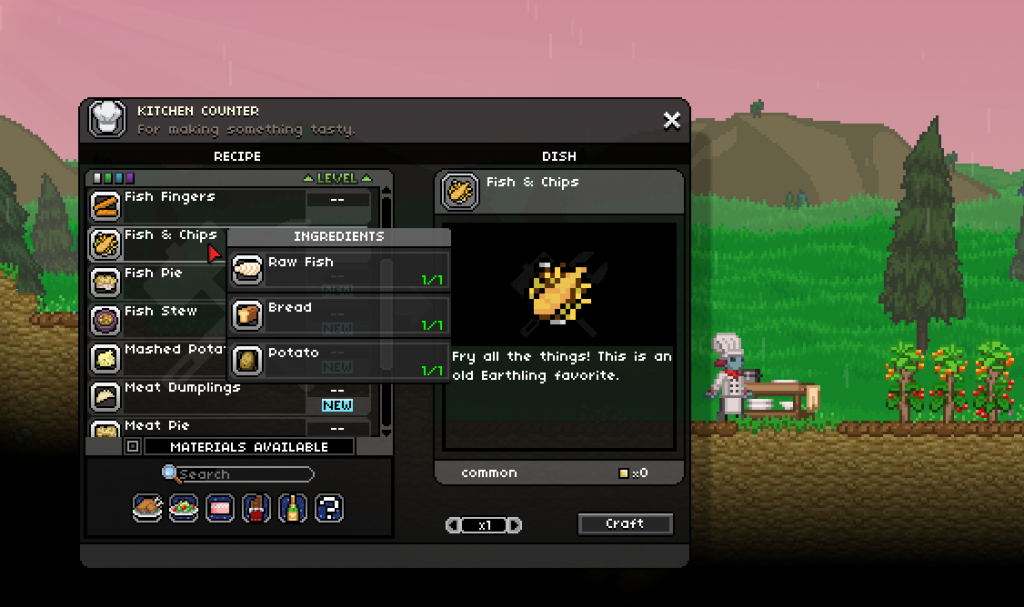 A big change to the game is that alongside bandages, you can heal by eating food! Certain foods will heal you more than others, and higher tier foods will give multiple status effects, such as jump and run boosts!

To prevent buff spamming, the “well-fed” status effect will appear when you eat a food item, temporarily restricting you from eating more until it wears off. As an example, Fish & Chips will increase your max health by 20 points (until the ‘Well-Fed’ status wears off), while restoring 3.5 health points for a period of 60 seconds. Keep in mind that these will continue to be tweaked as they are added to the game, and will vary massively depending on the complexity of the food item.

Rosiedeux has mapped out which biomes and tiers you’ll find specific crops and ingredients in, including their buffs and durations. I won’t spoil anything by revealing all the details, but we now have around 200 recipes and 35 crops. Armagon is now going through the process of adding these to the game, while myself and Rosiedeux work on spriting the new ingredients. We’re also planning for you to be able to purchase more complex and rarer ingredients from the Infinity Express store at the Outpost. Crop Seeds will also potentially be available at the Terramart.

There’s been a lot of work going into the quests and missions system. The team has been working very hard on it, and you’ll hear about that shortly, but I will share this little thing:

I spent some time today tweaking and prettying up the parallax layers for the desert biomes. I’ve felt that some of the backdrop art could look much better, and I spent some time replacing a particularly ugly one with a new backdrop piece. I’ll be doing several variations of these to spice things up a bit! 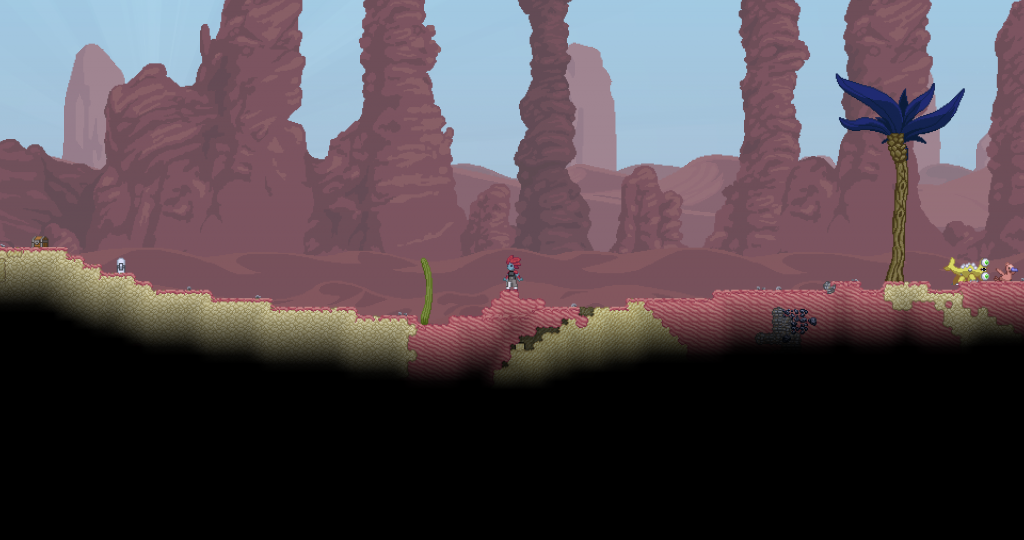 Until next week, Have a great weekend everyone!