It is very late, and the server maintenance has been delayed. Also it seems that the daily update falls to me today.

I generally keep to my coding cave, so I’m going to infer what everyone was doing from the git updates (24 commits today), because I’m kinda just winging this right now.

For what I did today, I added another widget type to our gui toolkit.  It’s a slider bar (whee).  That’s pretty boring.  It’s also something that probably should have already been in the toolkit.  But because I wrote most of it, I have no one but myself to complain to. :X

I also standardized the expected name of the json map in the assets.  It used to be that each layout configuration was expected to have a random different name from nearly every other configuration, so I took some time to standardize each of the names.  It’s not a big change, but it’s one that will have modders thanking us later about. (Or at very least, not being confused, annoyed, and cursing us and our firstborn.)

Armagon, Bartwe, and Tiy made several commits today concerning cinematics.  Work is continuing on that, mostly getting the first one in is the biggest challenge, because it comes with developing the system.  After we get the first one in the 2nd, 3rd, etc. go much faster.  There’s still more work to make cinematics a “thing” for in game, though.

A Helper Elf pushed a change that includes several minor changes to many items that I was completely unaware existed within the game.  Like, one off costume sort of things, pretty cool!  Horsemask?  Horsemask.

It looks like Kyren is continuing her work on enemies, she made a small commit to tweak some behavior of the smaller bipedal enemies.  I assume there is more that she simply hasn’t committed yet.  As I’m actually currently at her home, I could probably snoooooop her computer and find out, but I’ll be good.  Because that’s not cool, yo.

3 days without a screenshot?  There’s no way I’d let that happen, so here’s something random. 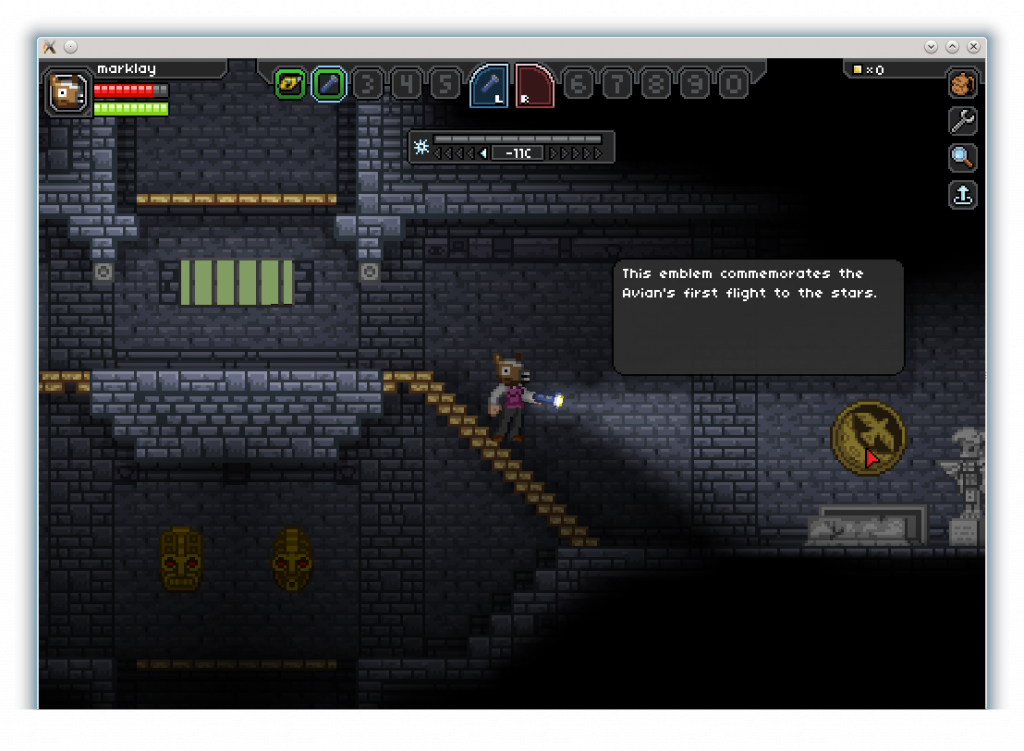