This week we surprise dropped an unstable release of Starbound 1.4 – the ‘Bounty Hunter’ update!

Since we last wrote about 1.4 on the Dev Blog we took some time to revisit our content plans and how they worked within the main game, and now we’re at a point where we we’d like to invite players to see where we’ve got it!

The themes of the update are the same we’d originally shared! In Starbound 1.4 you’ll become a bounty hunter, taking on new quests to track down wanted criminal gangs, rise up through the Peacekeeper ranks and ultimately restore law and order in the universe! Additionally there’s lots of other content including new dungeons, monster variants, new items, furniture pieces and more to discover.

We’re looking to get some feedback from players, if you’d like to preview the update and share your thoughts with us the best place is the ‘beta feedback’ channel of the Starbound Discord. It’s still in development, so things now are not necessarily representative of the final implementation – and expect some bugs and incomplete content (and back up characters before playing).

We know it’s been a while in the making, so we’re excited to hear what players think! Here are the high level changes;

END_OF_DOCUMENT_TOKEN_TO_BE_REPLACED 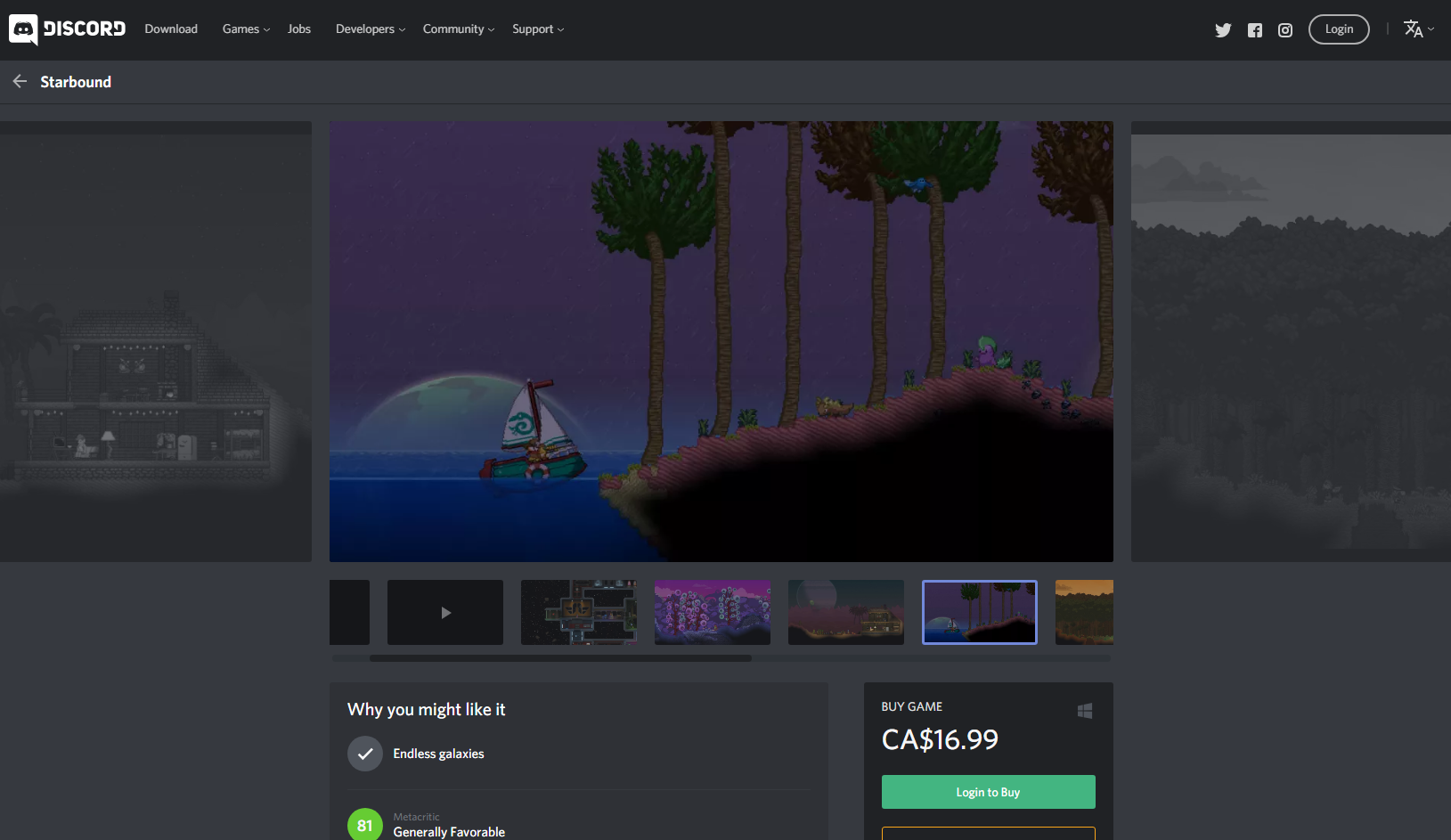 I’m Katy (aka Superconsole), a newish member of the Marketing & Community team here at Chucklefish. Some of you may have seen me lurking in the forums or posting over at the Wargroove Dev Blog, but this is my first Starbound entry!

Lately Healthire, Katzeus, SamuriFerret and Kyren have been working closely with the Discord team to integrate Starbound functionality into the app, making the game more accessible for players. Some of this stuff doesn’t sound too sexy, but in action it’s really cool!

The features include rich presence, which means that you’ll be able to see on Discord whether you’re in menu or in game, and also how many people you’re currently playing with. You’ll also be able to invite players to join your game directly through the Discord app, as well as asking to join other people’s games too.

You may have also heard that Starbound will also be one of the very first games available in the brand new Discord Store! This is super exciting for us, as it means Discord users will be able to purchase the game and immediately jump right in and start playing from the app, which is linked directly to Steam. The Store is still in closed beta right now, but here’s a sneaky peek:

All the Discord integration will form part of a v1.3.4 update, which is currently on an unstable branch, but you can jump in and give the features a whirl now, while we iron out everything for full launch on a stable branch. If you want to find other players to test out the game joining features, you can also join the community-run Starbound Discord server.

There’s a lot bubbling behind the scenes here, and we’re looking forward to sharing more news with you all about our bigger plans for Starbound 1.4, Xbox and beyond as soon as we can! In the meanwhile, we’re on the look out for a pixel artist and programmer to join the Starbound team here in London, so if this sounds like you, check out the Chucklefish blog for more details!