Daily updates feel silly lately because where we’re at right now, we’re focusing on just about the same things each day. Sorry for the repetitiveness and repetitive lateness. :D

We’ve got Kyren still working out navigation with the star map and Bartwe working on in-game tech like the double-jump and dash, with artists assisting on animations to make everything look all pretty.

We’re still hard at work on making cool monsters and configuring them to work in-game. I’ll show you a mockup of an unfinished monster called a Divern! 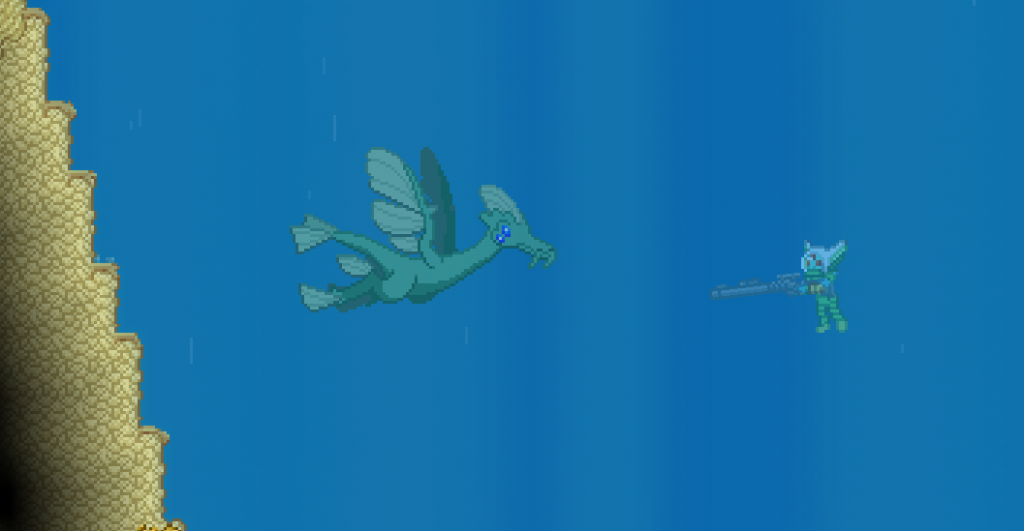 We’re also still working away on dungeons– Armagon put in loads of hours on the prison dungeon this week and has been tweaking some of his older dungeon rooms just a bit because he’s a perfectionist. :P

In other news, we’ve been arguing over who looks better in a dress: me or Tiy. This is really important.