Tccoxon’s been working on a feature that we’ve been excited about for awhile – procedurally generated quests! Colonists and other NPCs will generate their own little quests for you over time. These quests can be anything from baking a cake for an NPC so that they can make a friend, to stealing and extorting objects from other NPCs in order to build a new house.

Here’s an example from a quest line! Poor Wise Minoru. 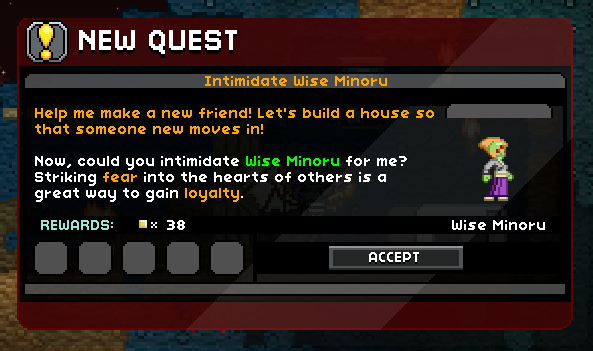 What sort of generated quests would you like to see?