Today we worked on a few more UI bits and bobs.

First we made a culinary UI, which can be accessed from a food prep table and various kitchen counters style items.

It will be full of a massive amounts of food recipes. Food is divided into various categories like Entree, sides, snacks, drinks, desserts. 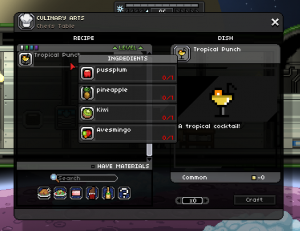 Each category of food will have it’s own use. You’ll also be able to place food in the world, should you want to lay a table.

It’s basic functionality, but we finally got around to making the number of slots in a chest configurable. 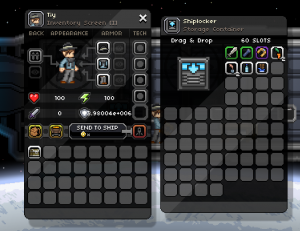 Molly is throwing in a ton of food items to go with the cooking system.

And kyren has the ongoing task of increasing NPC intelligence.