Past couple of days have been dedicated to things like making our status effects more UI friendly. Making it more obvious when the player has gotten too cold, or starts drowning, because those things were annoyingly easy to miss before. Also debugging! Surprise surprise. :D

Lore was completed for the Avian, Glitch and Floran dungeons.

Buffs that allow the player to run faster and jump higher for a period of time were configured and are being added to certain consumables! And we’ve continued configuring NPCs. Today we’re doing some play testing to see what else we’ve gotta fix. :D

Earlier, my Glitch was tragically accosted by bandits. All she had to defend herself with was a burrito. The bandits decided they really, really wanted that burrito– and who could blame them? Here is a screenshot from her final moments.

In seriousness though, Armagon took this really pretty screenshot of a desert biome with a planet in the background. Conveniently wallpaper-sized (click for full-size)! 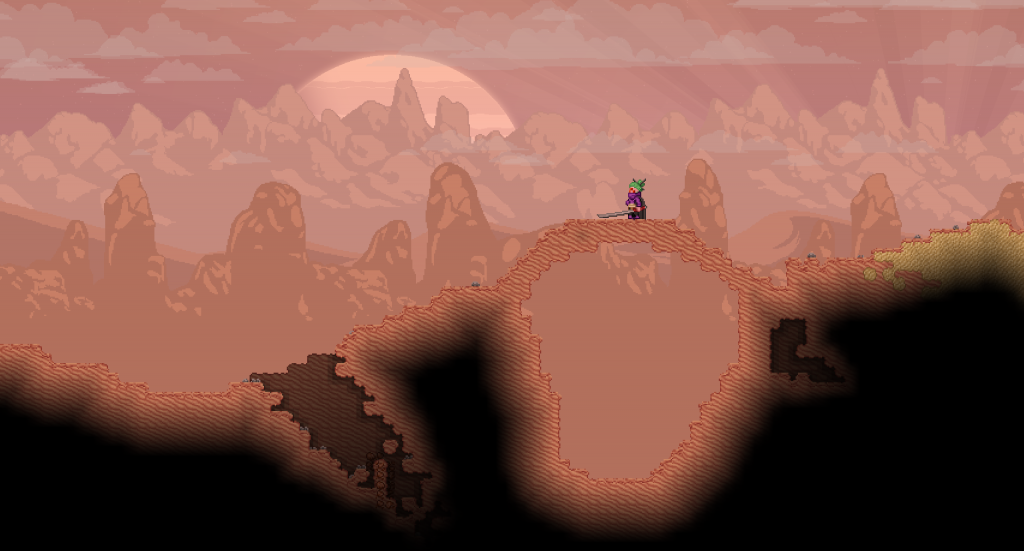 ← 25th October Progress
How the Beta is going to work →