It’s been a few weeks since we checked in…

The bounty update has taken a little longer then we’d planned. We’ve decided to deploy some of the content we’ve been working on in a smaller patch.

This update will primarily be some fun things players can play with while we finish up 1.4. We’ll be able to share more in the next few weeks about what’s included and when to expect this new content.

Here’s a preview of a new themed furniture set!

I’ve been working on the Starbound Wiki for a long time (it will be 5 years old in a few months). In that time it hasn’t really changed how it looks, and has needed a visual refresh for a while.

So I’ve updated the wiki’s default theme! Feel free to give feedback on the design, it’s a wiki after all so things can be changed to best meet what’s going to work for our players. It’s also a huge wiki – so if there’s a page that doesn’t work in the new format well please report it! I expect that there will be some areas with formatting issues which will shake out the next few weeks.

I’m sure there are players who have been using the wiki for years and don’t like the change. Sign up for an account, go to ‘preferences’, and under the ‘appearance’ tab select ‘MonoBook’. This will allow you to use the old theme – which is still fully intact, but is no longer the default and what non-logged in users see. But as long as you’re logged in you’ll see the old design.

We announced Starbound was coming to consoles a while ago, and the team at Blitworks have been doing really amazing work. We’ve been playing it on the Xbox in our office, and while a lot of things have needed adjustment to get it working just right for consoles, we’re very nearly there.

We need to clear a few more things through testing before we can confirm a date, but we should be able to make an announcement soon.

Here’s a preview of some UI changes which have been made for the console version. 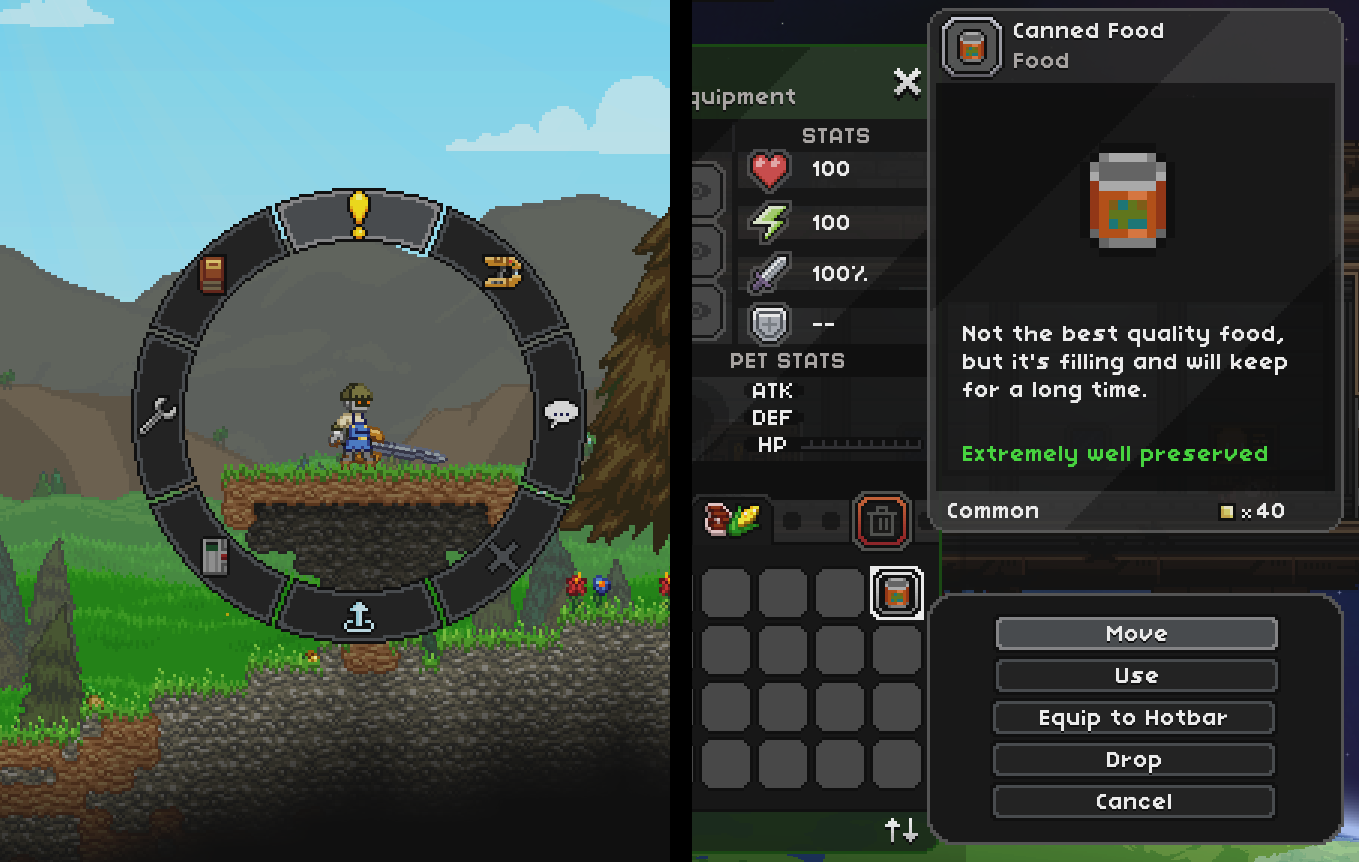 Feel free to leave comments on the forums and stay tuned for more updates soon. Until next time!!