15th October – Do The Monster Mash

We had a very productive day yesterday, and today has been more of the same.

We had a group chat about Tccoxon‘s procedural quests system. It’s just about ready for the team to start work on the many quests the system will pull from, hopefully we’ll have some further information to share on this shortly.

I’ve been working on more art assets for Kyren’s implementation of vehicles, including a broken state for when you drive a little too hard. I can reveal that Necotho’s been concepting a vehicle that can hold multiple players at once, more on that to be revealed soon!

Following on from yesterday, Healthire has implemented a few of our more basic unique monsters. Here’s a freshly implemented Snaunt being introduced to one of the new weapon abilities that Metadept’s been working on. Keep in mind that it’s still a work in progress and the projectile is a placeholder.

We also have another round of monsters to reveal! We’re proud to introduce the Yokat, Quagmutt & Toumingo 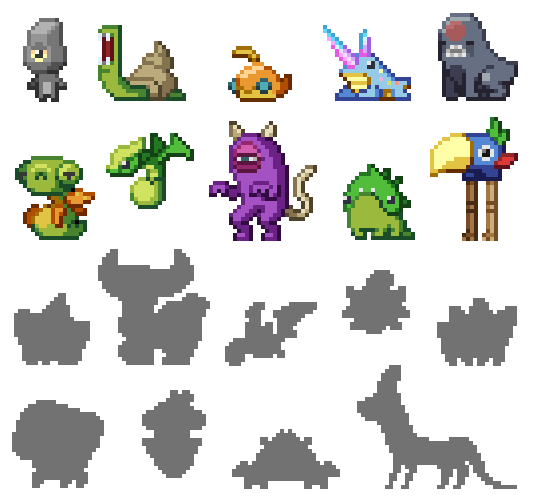 That’s all for now! More to talk about tomorrow no doubt!