Apologies for the post being a little late tonight, but rest assured that’s because we’ve been working hard! We’ve been testing a lot of things with the planetary leveling today, particularly in regards to the hostile mobs that you’ll find on the worlds. One of our foremost objectives is making sure that fighting enemies with a level similar to that of your own gear is challenging, but fun! It’s not quite at that point yet, but we’re getting there little by little!

We’ve scaled back the way enemies will attack you with projectiles, as it was annoying to deal with the faster enemies that could continuously run backwards while shooting at you! Especially when they could attack so rapidly you couldn’t even close in on them without taking damage. Now they’re still dangerous, but not annoying.

We also got crops spawning in the game today! So in your travels you might be lucky enough to find plants that you can get fruit and seeds from. If you’re lacking a reliable food source, you can plant the seeds to build up your own little farm! This plant here gave me banana seeds! 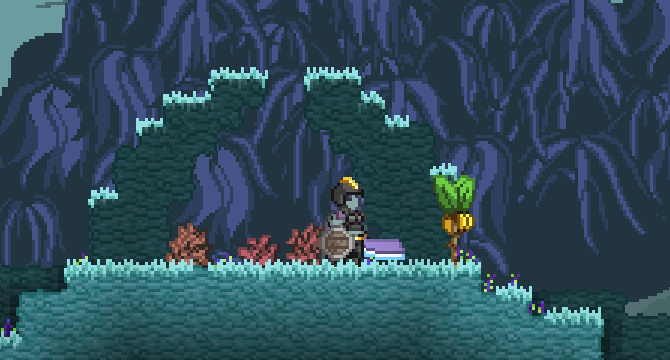 At the end of the night we did a big group survival run, where we tested the combat with a big group playing from all over the world to make sure it was still playable and fun when playing in spite of lag. As the resident Australian on the team, I routinely deal with lag around 450ms playing on a UK server, but I was still able to pull my weight in melee combat without too much difficulty. As it began to get dark, we chopped down a bunch of trees and built ourselves a watchtower for shelter where Tiy and Molly took some much-needed rest while I was on lookout duty upstairs.

Looks like somebody was drinking and dozed off on the job! But no, she’s just resting her eyes. ;) 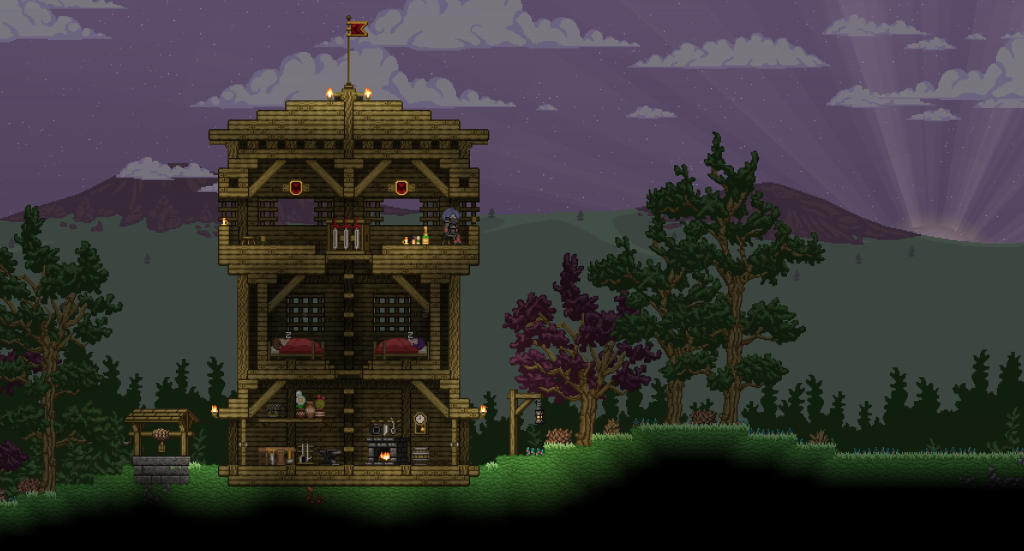 I’d personally just like thank all of you for your continued support and patience! This game has taken longer to make than I’m sure a lot of us anticipated, but it’s shaping up to be better than I had ever imagined. Having spent a year working with these people now, I have absolute confidence in the quality of work that this team is putting in on a daily basis, and we’re especially grateful to have such a dedicated (and passionate!) community backing us. :)