Yesterday and today we’ve been working on making terrain generation less…flat and boring. We’ve been in need of more frequent dips in terrain, caves, crevices, and such for awhile. Take a look! 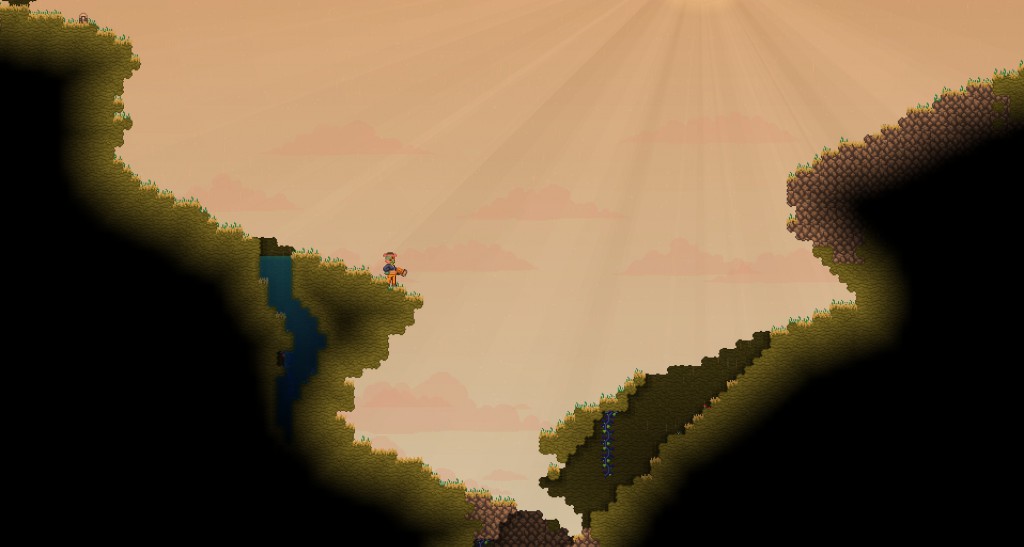 Some more random merchants and trade caravans were added in, allowing you the chance to run into those. But we’ve also added bandit NPCs! They’ll attack you on sight, because they’re real big jerks.

A bunch of improvements have been made to merchant UI. They’re no longer pacing back and forth awkwardly while trying to return to their shop stall upon seeing a player. Also, a merchant’s inventory will largely depend on their race! An Avian merchant will sell Avian ingredients and goods based on tier, for instance.

Still working away on tiers and bug fixes– today Kyren fixed a bunch of old animation-related bugs. And apparently the anvil object was working as a chair. It is no longer doing that.