Posting an update tonight since I haven’t in a few days, and then I’m gonna try condensing things into weekly Friday updates. Some of you are probably happy about this and others undoubtedly aren’t, but hey! We’re doing a lot of the same kind of thing day after day recently, and it’s difficult to post a substantial update every night without getting repetitive or just showing off lots of spoiler-y content.

Over the past few days we’ve done a lot more of the same beta-prep stuff– monsters are being balanced and NPC behaviors added, and swords have been rebalanced as well. I’ve been adding objects that are meant for a dungeon, and Armagon has populated the Glitch castle dungeon with everything from guards to lancers to humble servants. And more NPC dialogue has been added! Woo.

A big thing we’ve started doing is fixing up our random namegen. No longer will we enter the game with randomly generated characters named Beefjim or Baconjeff. RIP, Beefjim and Baconjeff, you served us well. :'(

Today I randomly rolled a human character named Donament, which I think is arguably a better name than Beefjim. Witness here the Very Brief Adventures of Donament the Randomly Generated Human. 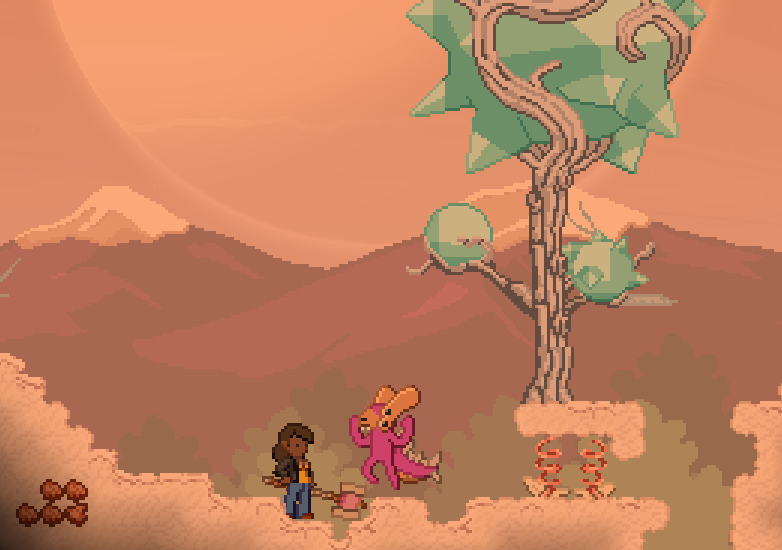 Donament the Randomly Generated Human landed on a snowy planet near sunset and was immediately attacked by a horrific rabbit dinosaur. She kicked its rabbit butt, naturally. She also noted that that tree looks as if it’s being supported by a couple of springy plants, which is probably an odd result of the newer terrain gen but still happens to look pretty neat. 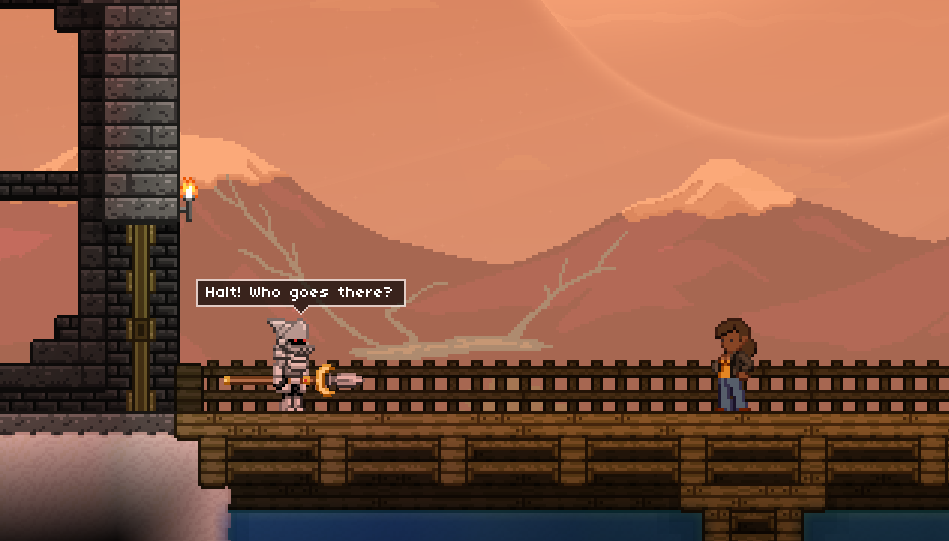 Then she stumbled across a bridge and into a mean-looking and questionably hostile Glitch guard…but it was getting dark and Donament was pretty famished and it smelled like something tasty was cooking inside, so she risked it and ran into the castle anyway. 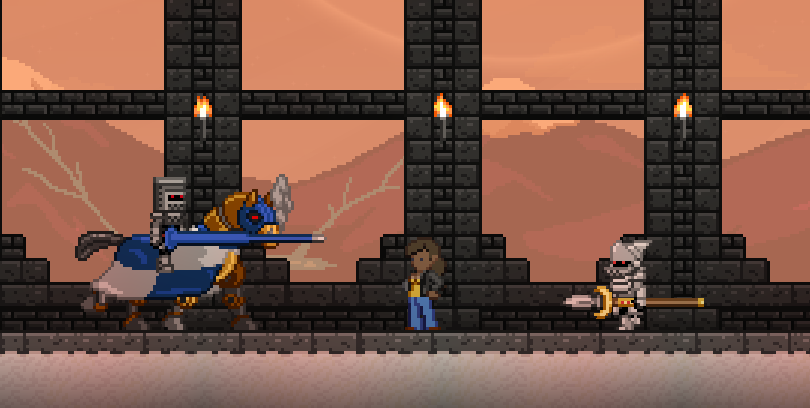 As it turns out, Donament the Randomly Generated Human was never very good at making important life decisions. RIP, Donament. :(

Aaand that’s what I’ve got for tonight. Look for a new update Friday night!