The days go by so fast.

So how about those E3 conferences?

I think we’re getting to the point now that hardware is starting not to matter anymore.

Sure the graphics might be a little bit better, but there seems to be very few nextgen games that couldn’t have been produced on current gen systems.

It used to be that each time a new generation of console popped up it allowed for the creation of entirely new gameplay experiences. From what I’ve seen so far the experiences seem to be exactly the same with slightly shinier paint.

I don’t know about you but I’m tired of playing the same old games over and over again. I want new hardware to drive innovation in software.

That said, well done to Sony for allowing indies to self publish on the ps4.  It’s a good first step.

Bartwe completed a ton of work on status effects. We can now apply all sorts of awesome status effects to monsters. It’s super easy to make new ones too.

I made burning and poison status effects this evening with the system, both with some nice visual FX 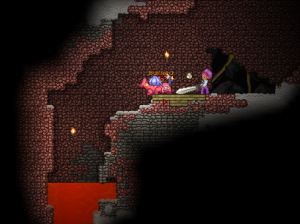 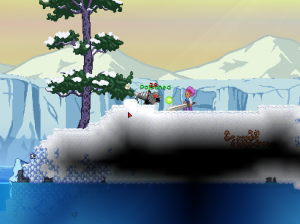 Burned creatures give off flames, and when the burning runs out, a puff of smoke.

Kyren has nude humanoid NPCs running around in the game, she’ll be clothing those really soon and giving them weapon support. I’d like to do a video of a populated village once some more of their behaviors are done, if I can find a spare moment.

Omni has all but completed the 3D printer, which is a huge part of the game. Screenshots of that once I configure the interface for it. Which is a small task.

Legris has completed the human intro.

George and Rho continue to work on weaponry, but they’ve almost finished the preset weaponry collection. And it’s huge! Our wonderful contributors are working with them on that.

We’re also working on a new suggestion part of the site, where you’ll be able to upvote/downvote your fav suggestions Reddit style so we can see what everyone wants most.

Right after I posted this, the sun went down on the world I took the second screenshot in. That world also happened to have an aurora borealis. It was very pretty. So here’s that: 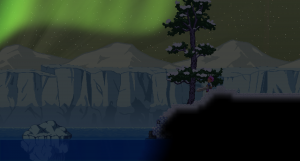