Today has been a long long day of bug fixing and balancing.

After many many play tests of the early game, including repairing your ship, rebooting your ship AI, completing new quests, new death rules and mining rules. I finally have the early game in the place I want it. It feels balanced, fluid, there’s very little to no grind and you progress quickly beyond the low tech / stranded portion of the game. The majority of recipes have had their values tweaked. Ore, minibiome, cave, chest and monster spawns have been entirely rebalanced.

I’ve been staring at a lot of these images today: 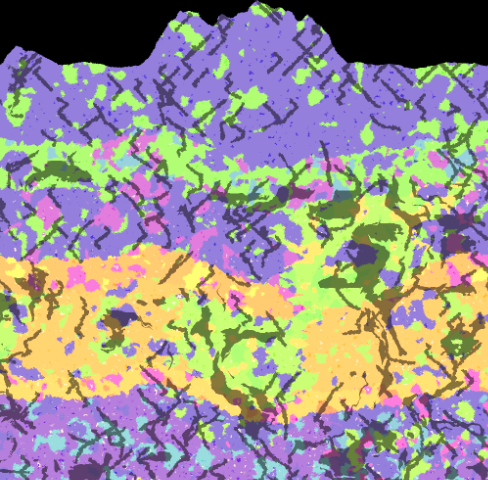 We’re moving on now to the quest generation system and connecting the new outpost work you’ve seen to the games progression. We’re building the quest system so modders can super easily add their own quests, which can be given by npcs, item pickups and even other quests. The quest system will be built on templates. A super simple example of which would be “Kill monster X and obtain item Y” where X and Y are wildcards specified in a whitelist. The idea now is to fill the game with optional tasks with cool rewards.

We’re going to be coming up with a bunch of quest templates come the morning, so feel free to leave your suggestions!