Today I want to introduce our first playable race, the Avians. 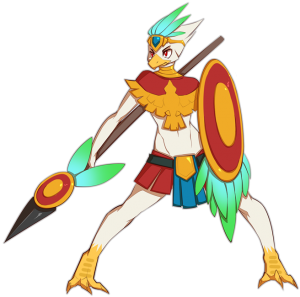 Avian culture revolves around the worship of Kluex, the winged god of the Aether. Avians believe they were stripped of their wings as punishment for entering the mortal world and will only regain their wings in the afterlife should they achieve absolution through worship.Throughout their history Avians have always been a primitive race, making little scientific progress. Avian numbers were beginning to dwindle when a superior race took pity and bestowed the gift of advanced technology upon them. This new found tech allowed the Avians to flourish and spread across the universe, building temples of worship as they go.

Avians soldiers are trained from birth to be fierce warriors and will protect their temples at any cost. Avian weaponry may look primitive at first glance, but the incorporation of advanced technology makes them particularly formidable. Avian generals forge wings for themselves that function much like jetpacks.

Though rare, Avians have been known to stray from their religious culture. Dubbed the grounded, these Avians become outcasts and find solace amongst other races. 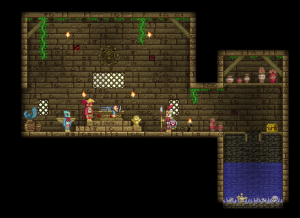