So I wake up to find my European and American chums haven’t gotten around to writing today’s update, so allow me to step in to shed some light on what I’ve been up to this weekend!

I’ve spent the last couple of days configuring all our tiered gear to provide appropriate levels of protection and damage output for their levels and assigning them to our town guard NPCs in the game. Now depending on the level of the planet, you may find a mixture of differently equipped guards, some may have the strongest equipment for that level, others may be making do with weaker armor and in some cases weaker weapons too.

I’ve also made a guard captain class who will typically be wearing a flashier colour variation of the armor to stand out, and they’ll be a few levels higher with stronger weapons, making them a good deal more dangerous! If you have one of them around, don’t start a fight carelessly! Generally you will only encounter a couple of these guys in a village at most. If I’ve done my job right, you should be able to tell at a glance how strong a given guard will be compared to the others, and be able to prioritize your targets appropriately!

Of course a point will come where the guards cannot keep up with your power as you progress through the game, after all who doesn’t love to create a bit of anarchy in a town when you know the guards are not the threat they once were? That said, don’t expect to still be able to buy some of the highly useful stuff from our merchants if you cause trouble. Pick your fights people!

The progress on NPCs of late has been absolutely staggering, and it couldn’t have happened this fast without the efforts of Jordo. I cannot overstate how much amazing work he has been contributing, especially these past few weeks! Combined with the pathfinding code that Bartwe has implemented recently, the NPCs are getting good at moving through the environments and pursuing you! There’s just a few more kinks to work out.

I leave you with this screenshot of one of the glitch guard posts in the village. See if you can spot the captain! 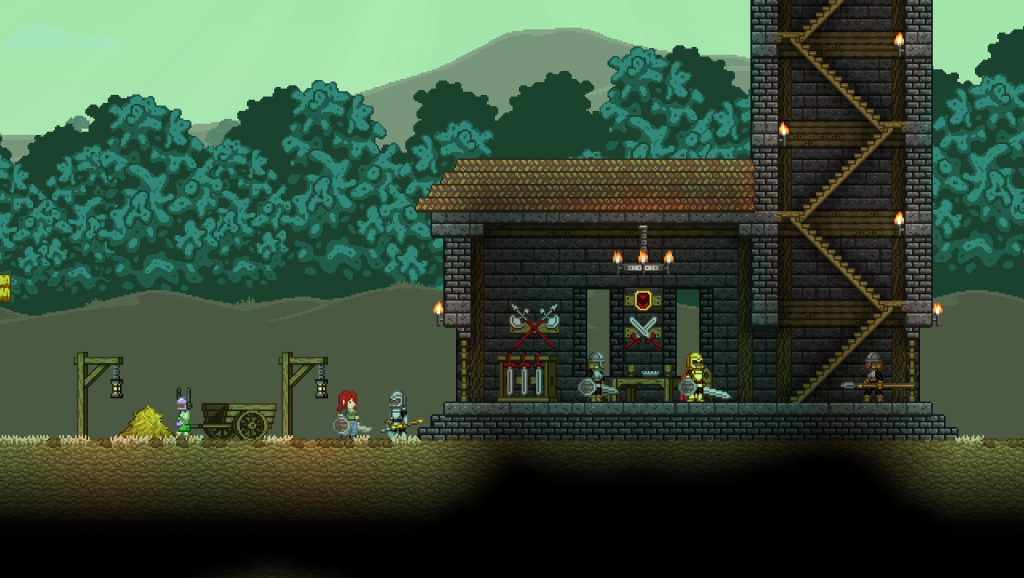