Despite today being Sunday, quite a lot happened today!  I’m a bit tired at the moment so I’m going to run through this pretty quick:

More progress on the tier 1 boss!  There are little sub-boss creatures that it spawns and they have some basic behavior now, as well as other fixes / improvements.

Bartwe (with a small assist from me) continued working on bugfixes and trying his mad dash of trying to get starbound working under Visual Studio.  There’s a good reason we’re doing this, and it’s because the way we compile on windows is getting old and finicky and creaky (MinGW) and it’s causing us a lot of headaches.  Well, to be frank supporting even the latest latest MSVC compiler is giving us headaches too, but it’s nice to have options :P  This I think is JUST about working finally, so woo.

Omni worked on some weapon tweaks and more bugfixes today.

Artists did artisty things with a few new objects and UI work.

And I pushed a fun new feature… The lighting for morning / midday / evening / night is now much more configurable and also configurable per biome / star.  This sort of completes omni’s previous work with getting lighting colored based on the planet’s star, except now the background sky and parallaxes and all the things not lit in the main world layer are also colored and match nicely, and the effect is overall really good. 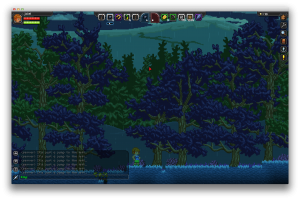 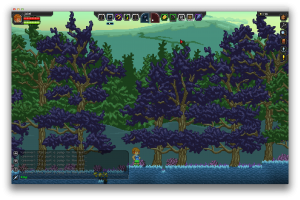 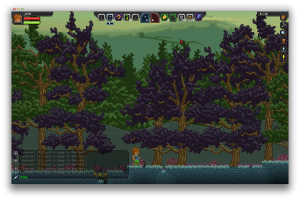 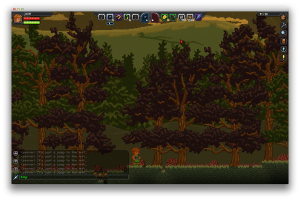 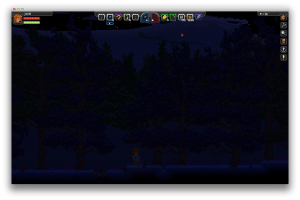 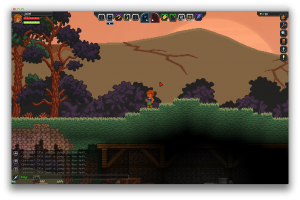 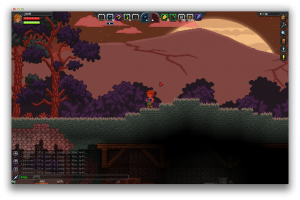