Evening folks! Work has continued as usual today with a bunch of stuff being fixed and added across the board. Here’s a quick rundown!

– Lava now appropriately hurts you and even sets on you fire! Ouch!

– That object count just keeps on climbing! A bunch of new objects have been implemented and many others have received tweaks and improvements.

– More dungeon work from yours truly!

Speaking as the dungeon guy, the spotlight feature (courtesy of the always-helpful Kyren) is something I’m really pleased to finally have. Essentially we can now have any light-casting object project that light in a cone, much the same way our flashlights do! It sounds like a really mundane feature, but it has opened up a wealth of possibilities in creating truly atmospheric dungeons. I mean, take a look at how much cooler I can make my ship look with just a few spotlights! 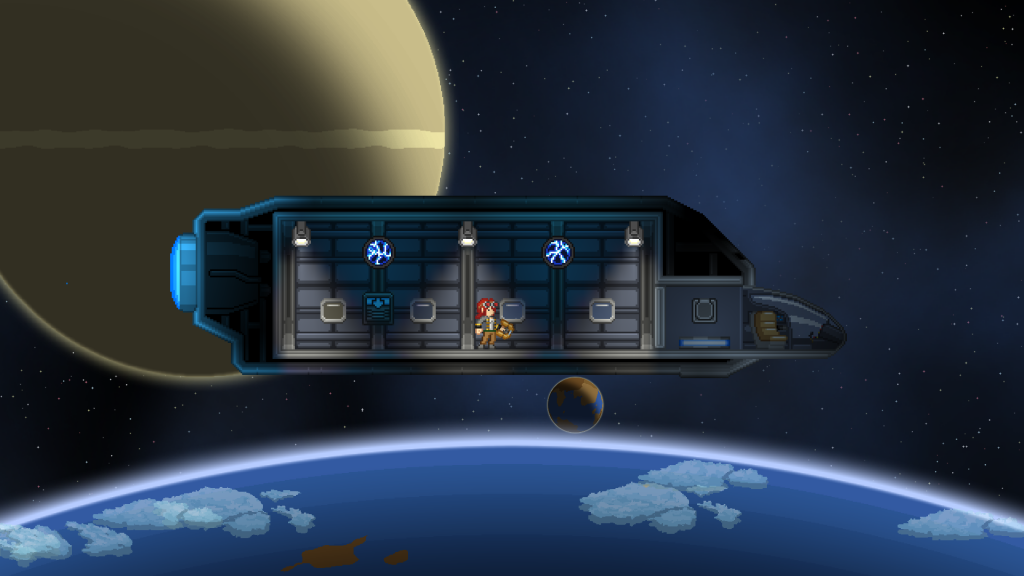 Up until this point all lights that could be placed in the world simply lit the area immediately around them, regardless of the appearance. I always found it a bit limiting, creatively, and often it just plain wouldn’t make sense (like having a set of floodlights that are clearly pointed one way, casting light behind them as well). It was fine for things like the fire torches that light the more archaic dungeons, but now I’m getting into some of the higher tech locales, where spotlights could and should exist.

I’ve already started putting them to good use in the dungeon I’m currently working on. A prison should be a bit ominous, and spotlights seem to be remarkably effective at creating that effect. 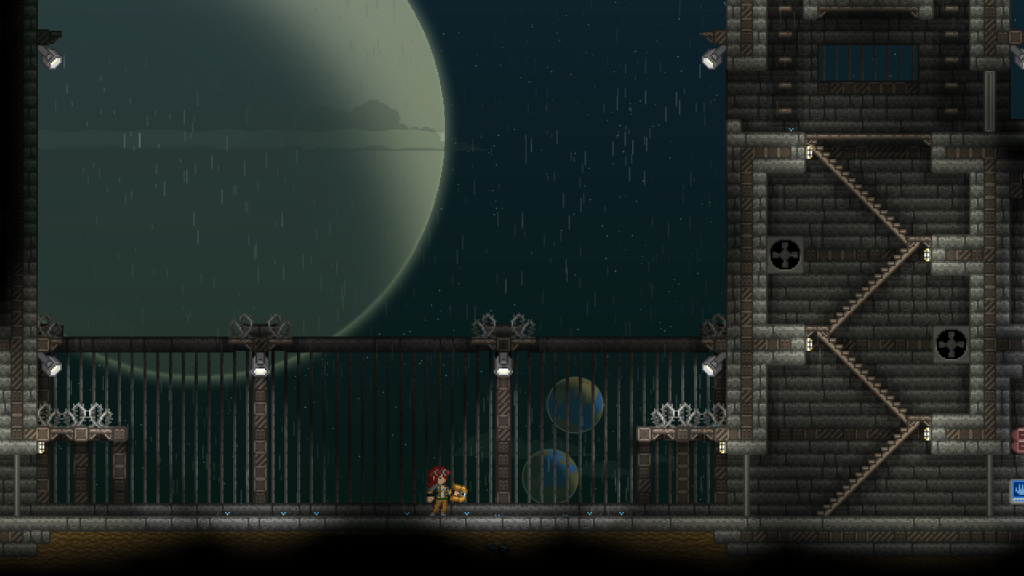 That’s probably the last sneak peek you’re going to get of this particular dungeon for a while, so I hope you guys like what you’ve seen so far!

On a personal note I’d like to thank everyone who rocked up to i49 and provided us with so much positive feedback and invaluable criticism. I did not fully appreciate how much people cared about this game until I was granted the opportunity to meet members of our community in Telford. Now, more than ever, I want to make this game the best it can be! Thank you for your continued support; it means a great deal to both myself, and the team!

Good night everybody!
Bean Daddy out!