– Work was completed on the Savannah biome, including new trees and foliage.

– Improvements were made to the UFO boss

– Improvements were made to various areas of the GUI

– Flying monsters were given new animations for their attacks

– The game remembers if it was maximised when quit.

– Work on new dungeons is underway

– A number of bug fixes and performance improvements 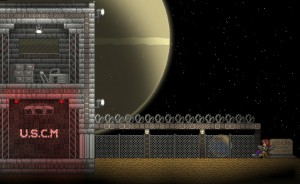